Skip to main content
⭐️ If you like OpenYurt, give it a star on GitHub! ⭐️
This is documentation for OpenYurt v1.0, which is no longer actively maintained.
For up-to-date documentation, see the latest version (v1.2).
Version: v1.0

The current CI Worflow of OpenYurt contains the following checks: 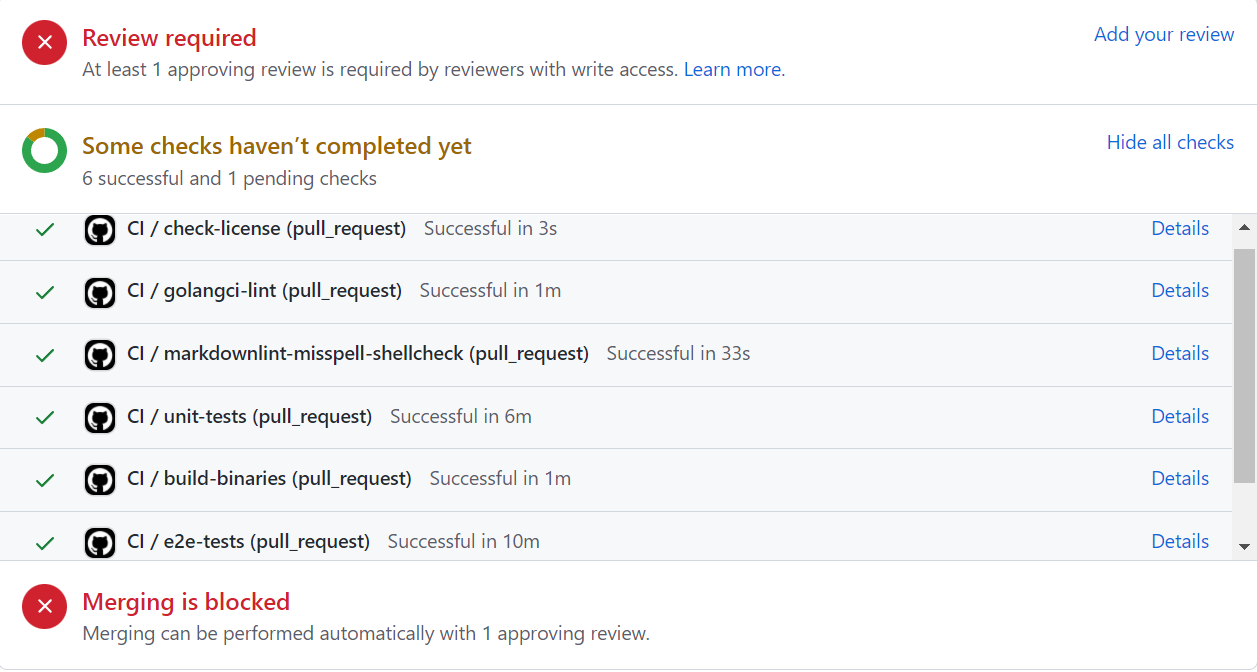 You can click Details to check logs to solve the problem if you find some checks failed. The article will then give the discription of all six checks to help you understand why some of these checks fail. By the way, all of these checks can run at your local host.

check-license will check all the .go and .sh files to ensure all of them have a license. It will use the bash shell check_license.sh. If it finds some files don't contain license, it will output their paths.

license is a statement in the comments at the beginning of the file. The following license is what OpenYurt uses:

golangci-lint will check the format of all go source code files. It uses the tool golangci-lint with serval linters to do the check. More details of golangci-lint can be found at the doc. This sections will give the brief introduction of linters used by OpenYurt.

The config file of golangci-lint is at .golangci.yaml. The enabled linters and their descriptions are as follows:

OpenYurt uses the pouchlinter to do this check, which contains some installed lint tools we need: misspell and markdownlint. misspell will check if there're some misspelled English words. It will output the file path and line number, if any. markdownlint will check if markdown files repect specified rules. The descriptions of all rules can be found at the doc. In this check, MD010, MD013, MD022, MD024, MD029, MD031, MD032, MD033, MD034, MD036 will not be respected.

In this check, all go files with suffix _test.go will be executed. These files usually contain test cases of some functions and modules. The following command will be used to run these tests:

In this check, a OpenYurt cluster with two nodes will be set up to run e2e test cases under test folder. OpenYurt also provide a way to run this test at your local host which you can find at Local Up OpenYurt. Currently, the following e2e test cases will run during this check: