Skip to main content
⭐️ If you like OpenYurt, give it a star on GitHub! ⭐️
This is documentation for OpenYurt v0.7.0, which is no longer actively maintained.
For up-to-date documentation, see the latest version (v1.0).
Version: v0.7.0

As following picture, the architecture of Raven have two components: 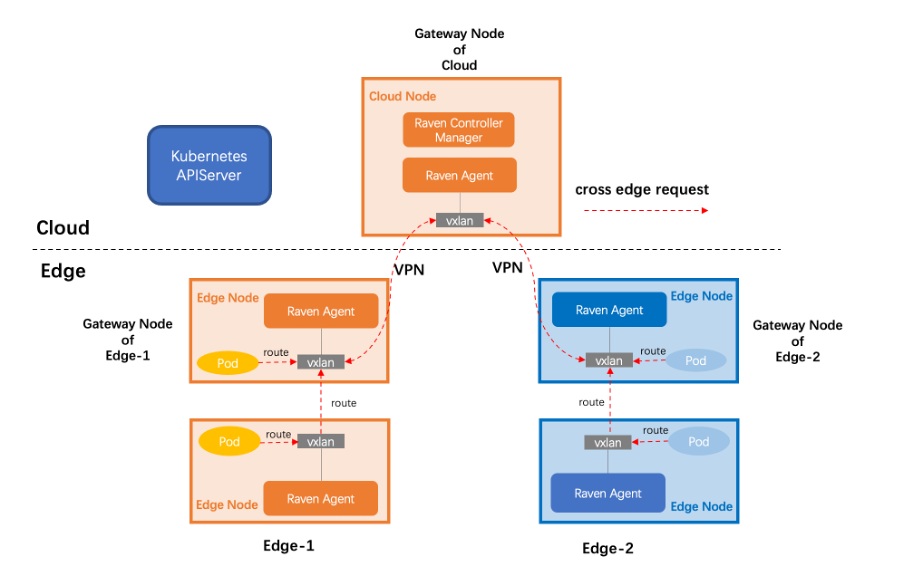 The above two components are connected by a Gateway CRD to exchange routes and VPN tunnels, as shown in the following picture: 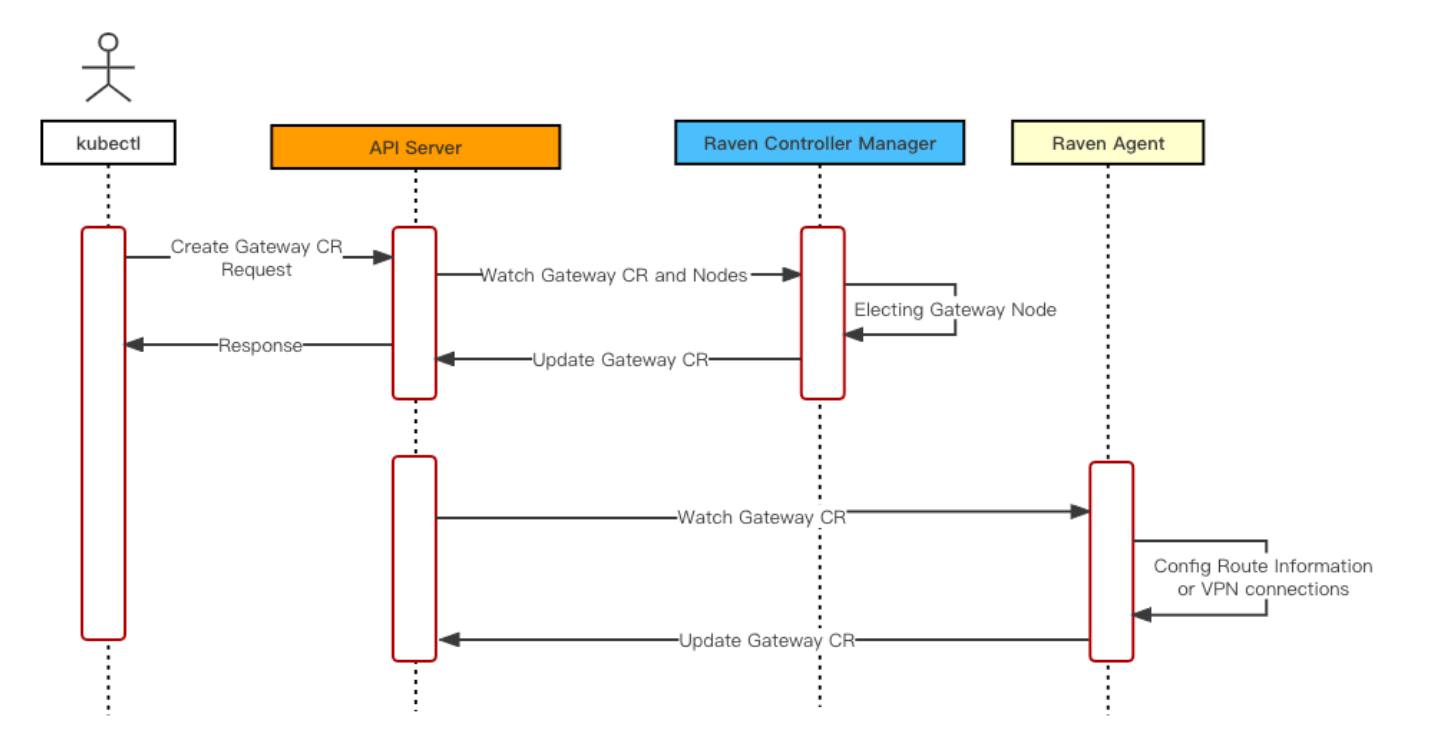 For more details, please refer to the code repository of the Raven project:

Interested students are welcome to join us and contribute code!